This portrait series was taken in the Tenderloin District of San Francisco and Skid Row in Los Angeles where Pieter Hugo photographed a wide spectrum of homeless people.

There are big differences, culturally and socially, between San Francisco and Los Angeles. In South California homelessness is criminalised; Skid Row is aggressive, the police are gung-ho and it is all about race. By contrast, in North California the police are tolerant and sympathetic, and you do not feel threatened on the street.

Homelessness is one word that covers a range of different situations. “I met people with mental disorders, addicts, victims of the 2008 recession, war veterans, men and women who had made bad lifestyle choices, as well as people who for whatever reason liked living rough. Notwithstanding their terrible circumstances, which are real and inescapable, there is something quite ecstatic in the poses and gestures of the people I photographed. A lawlessness too.”

It required a very different way of working to what Hugo have become accustomed to. “For starters, no tripod and no lights. Normally, I ask for permission to take someone’s portrait: here, it was not always possible as people were often out of it.

The series includes a number of diptychs. At the time I was reading a short story by James Salter in which he describes seeing his wife as all the non-idealised pictures he had taken of her and thrown away. I liked this idea. I think I was trying to get away from the photograph as monument with this series, allowing more accidents to happen in my portraits.” 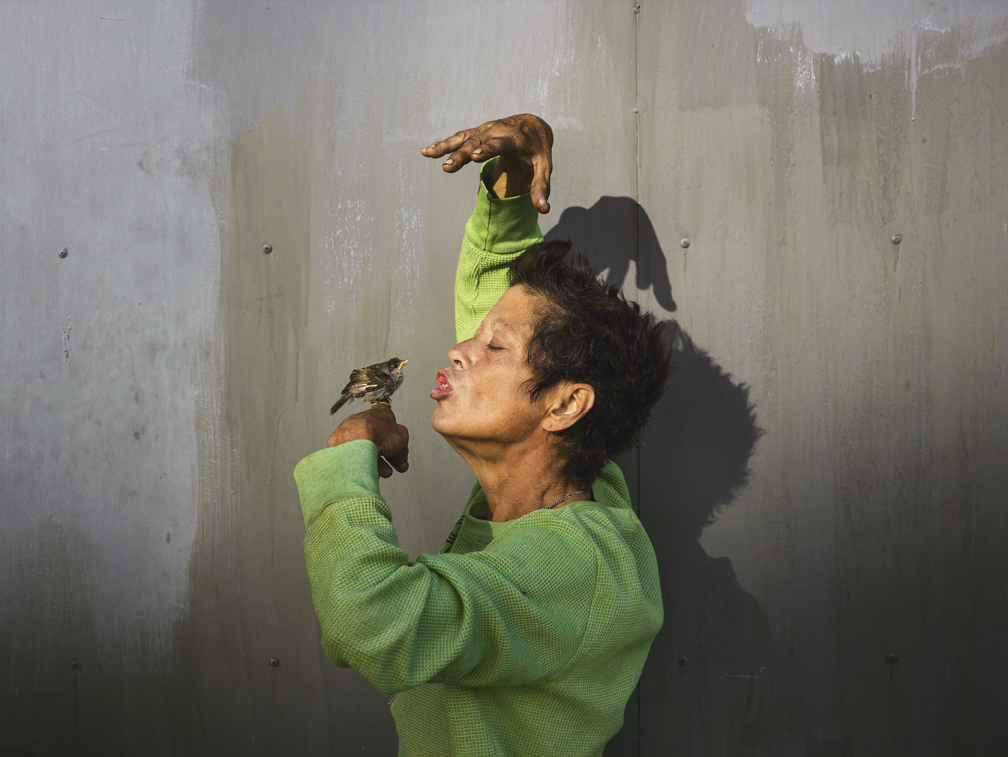