Friendships are fragile by nature, as is the human condition. In their first collaborative show, Bisky and Hachmeister explore how far the boundaries of the self may expand into foreign territory, at times getting lost in transition, at times arriving in new and unexpected places.

On a cursory reading the two artistic positions presented here could not be more different: while Bisky’s polished and meticulously implemented paintings, and works on paper reveal their darker layers of meanings only at a second glance, Hachmeister’s objects and drawings appear endearingly imperfect, flawed, fragmented or misplaced.

The disciplining of gendered bodies, ranging from the banal to the grotesque, is a shared subject both artists chose to examine in their own unique visual vocabulary. The perfectly sculpted physiques of Bisky’s helplessly falling figures enter into a dialogue with Hachmeister’s ceramic sculptures’ depicting gym equipment, displaying at the same time the strenuous labour applied in the subjection to normative ideals as well as their ultimate futility.

The two artists first met during Bisky’s guest professorship at the Braunschweig University of Art (HBK), where Hachmeister had received a BS PROJECT scholarship. An intensive mentorship ensued, cumulating into a close artistic friendship. Bisky, whose close ties to Cokkie Snoei reach back to 2004, invited Hachmeister to a joint presentation of their works at the gallery.

The current show was conceived explicitly as a collaborative effort, reflected also by the arrangements of the works in the exhibition space. An even deeper level of amalgamation was realized in a series collaborative collages, one of which is exclusively available as a limited-edition poster. In the process of creation, both artists have been sending photographs of the canvasses back and forth, each adding layers and pieces, as well as erasing, appropriating and reinterpreting the work of the respective other.

The uncompromising and seemingly disrespectful handling of each other’s artistic output forms the strong basis of this creative friendship: the openness to endure the others interventions, the confidence to leave allegedly safe paths and the willingness to rethink and question existing and functioning systems of representation. 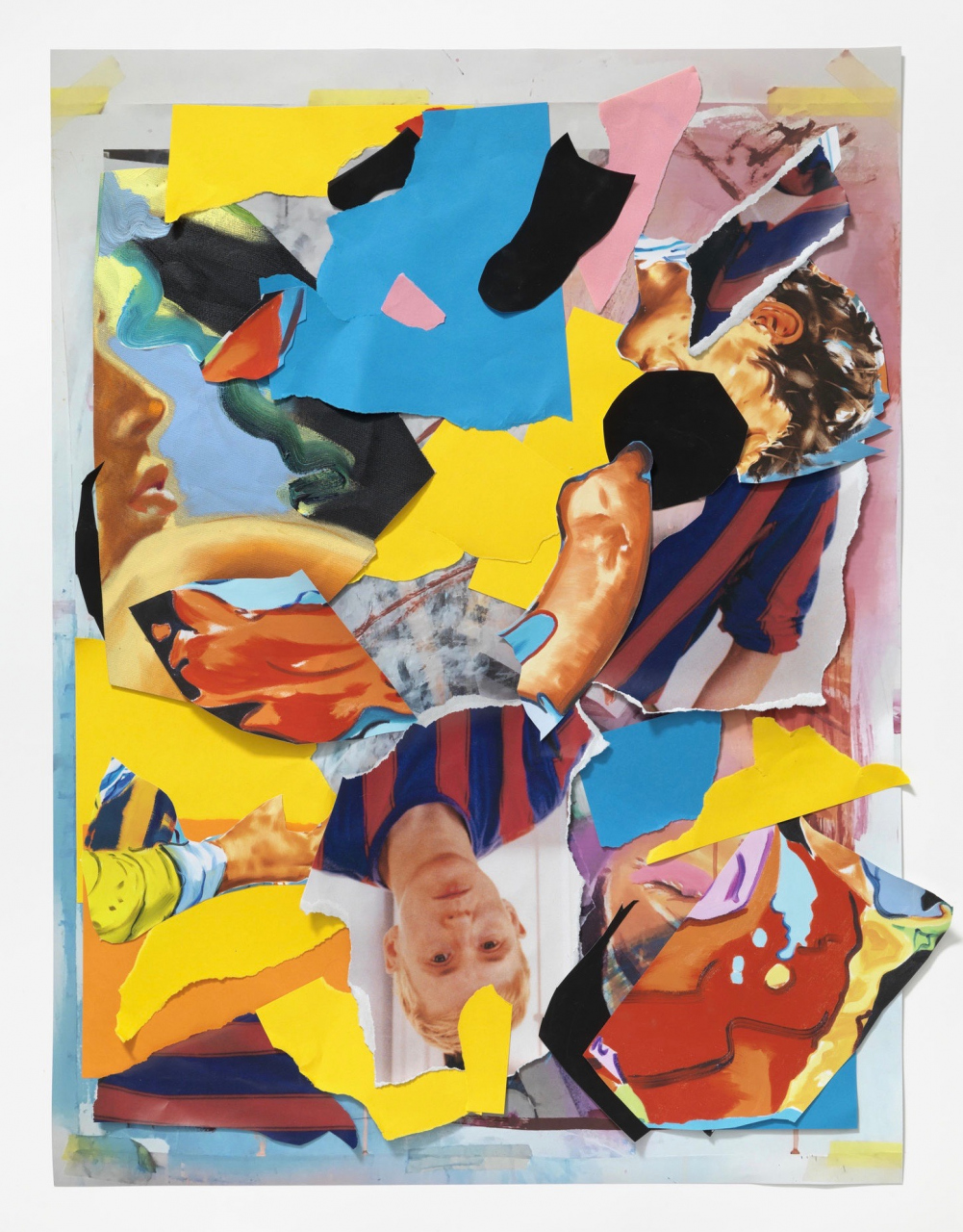