You're doing all right, how am I?

Cokkie Snoei is delighted to announce the opening of the exhibition entitled You're doing all right, how am I?, which presents the work of Kim van Norren.
The opening (23 November, 15|00 - 18|00) coincides with the publication of the book You tell me words don't matter? and the accompanying multimedia app.

In addition to older work, the exhibition will also display Van Norren's most recent work: the next step on the path that she chose to follow a few years ago. Powerful phrases that seize her attention - drawn from music, poems and prose - are allocated their own platform in the form of paintings from which they embark upon a new existence. The texts are increasingly appearing in her mother tongue. Self-authored texts constitute a new development in her work, demonstrating that she has found an effective form between a use of language from a previous age and the more direct and emotional language of present-day communication.

The context of seductively lucid colours and forms interacts freely with the tragic or perhaps optimistic significance of words: cooperatively composed, softly wrenching or masking, occasionally recalcitrant. The stratification thus generated (literally in the paint layers between which the text is locked, but also metaphorically) ensures that the work remains intriguing and seems to capture something essential to existence: ‘Is life not a mere maze?'

To a greater extent than ever before, Van Norren is conscious that the construction of an oeuvre and its progress is never self-evident. Simultaneously with the awareness of transience there is also the positive effect of that awareness: every new work is, in itself, an extraordinary achievement that bestows satisfaction. ‘And with every work, "my work" is also finished - until the next work comes along. Yes, it is very matter-of-fact, just as with other activities - "being there" in general.'

In addition to work produced by Van Norren over the last six years, a new text by the artist herself and a reflective text by Wilma Sütö, the publication gives a clear chronological picture of the development of Van Norren's young oeuvre. The ‘Kim van Norren' app, which can be obtained free of charge, follows the pattern established in the book but is more intuitive in its set-up and has been developed to allow the user to discover Van Norren's specific sources of inspiration.

Once you are in the app, you enter a page where works are linked to multimedia files. If you click on a painting, you will activate the song from which Van Norren borrowed the phrase in question, or the entire poem or spoken text if these were the media used.

The prize-giving ceremony will be held between 15|30 and 16|00. Andrea van Pol will then interview Kim van Norren, Wilma Sütö and the chairman of the Sieger White Foundation.

The Kim van Norren app is available from the App store (IOS) and Google Play(Android). 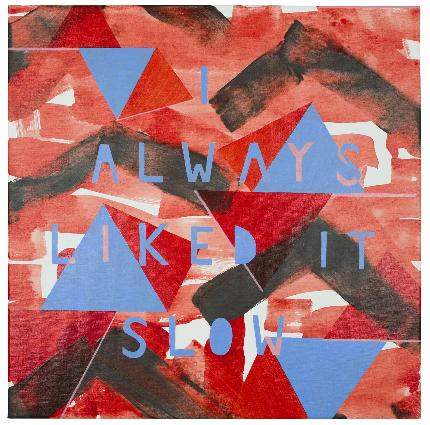