The works of Dennis Feddersen (1979) truly occupy space. He experiments with different types of materials. Flexibility is one of the most important criteria for his choice of materials, thus emphasizing the possibilities that may arise during the creative process. He constantly adjusts his flexible sculptures in a series of trials: i.e. he reacts to the surrounding architecture and adapts his sculptures accordingly.

Feddersen loves to work with curved plywood and PVC. The wood comes like a roll, which he then cuts it to different lengths, attaching it in varying ways specific to the site, while the black PVC sculptures are made and cut into forms at a factory, based on Feddersen's paper templates, then machine-stitched and stuffed with Styrofoam balls.

Feddersen's sculptures are neither closed nor ultimately determined in their form and their formal identity is that of inherent changeability. The tangle of multiple ends is hard to comprehend for the onlooker as there is no visible centre from which the sculptures emerge or where they lead. This decentralizing element is a decisive criterion - the rhizome-like structures do not allow for any hierarchies as there is no front, no back, no top, no bottom. All elements are equal and may be combined infinitely.

It is this openness of the works in particular, their constantly proceeding physical transformation from place to place, that confounds unambiguous categorizations and heralds precisely the decentralized state, which the French curator and author Nicolas Bourriaud has recently formulated as the basis of a "radicant identity": the subjective rooted ness in the 21st century is characterized by "practices of transportability" which allow biographies and structures to nest almost simultaneously at different locations and within different cultures.

Feddersen's works are like parasites, they take possession of the room, they intrude and almost undermine its very function, e.g. by making it inaccessible or by blocking views across the room. At the same time these ‘parasites' seem to form a symbiosis with the room or rather, with the architectural layout of the room which they react to - in fact, his sculptures need architecture in order to exist, but likewise architecture itself gains from this intrusion inasmuch as it derives completely new visual and spatial qualities from his works. 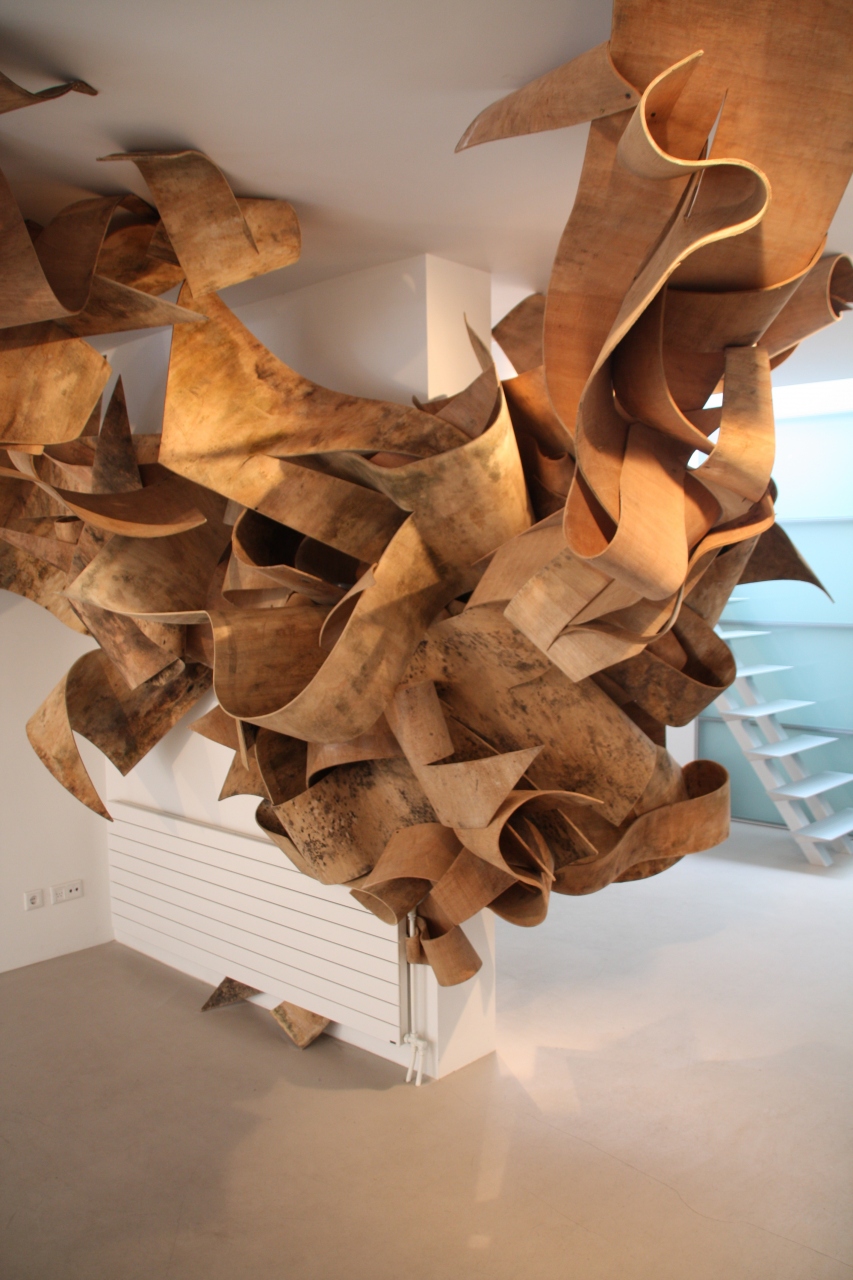